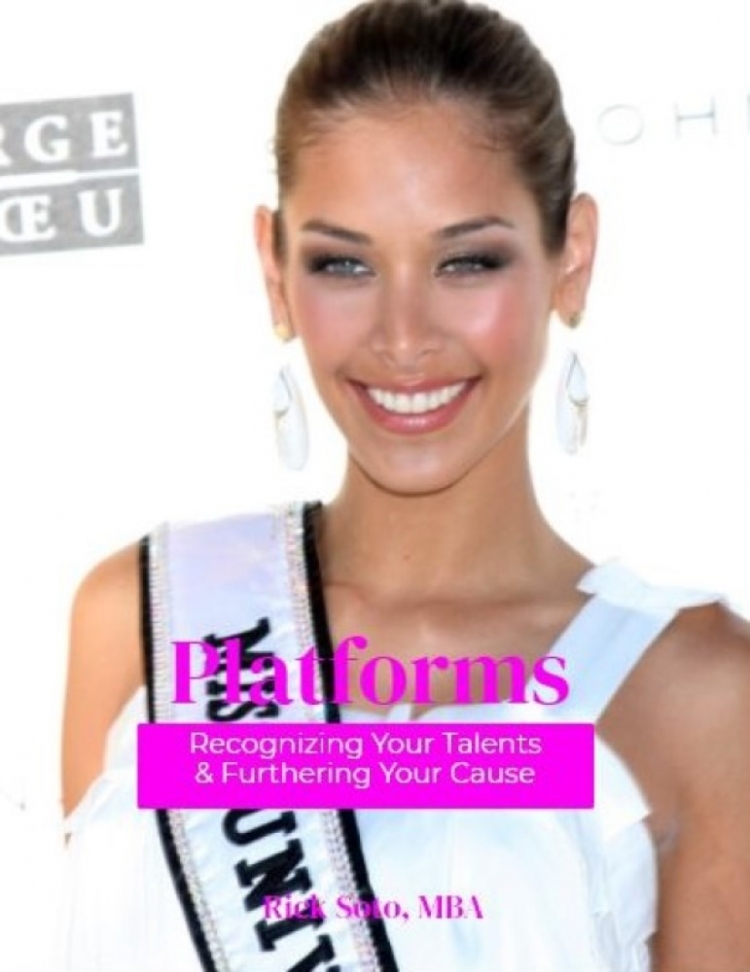 Platforms: Recognizing Your Talents and Furthering Your Cause (cover)
Are you looking to raise a creative young woman someday? Perhaps, an advertising executive, fashion designer, or runway model? Or, how about an aspiring tv/film actress? It can all happen with the help of a regional pageant competition. Imagine a group of girls meeting for a beauty pageant, such as Miss Malibu USA who become lifelong friends and feed off of one another's aspirations. Their aspirations to do good in society, whether through charity work that adds to their profile and yearn to make the world a better place. All contestants are either in college or have earned a degree within communications, fashion design, mechanical engineering, psychology, advertising and/or business, among others. Your child will be more focused to complete their degree, due to the network she has developed through pageantry. I have attended Miss Malibu USA and have heard a soap opera casting director talk to a local/regional titleholder to be cast as an actress--how exciting is that for the former Miss Malibu USA?! I have researched girls and young women in the midst of competition what their goals in life are, which are quite ambitious. I believe the pageant world develops girls into ambitious women later in life with a heart of gold. Former Miss Malibu USA titleholders have gone onto become television news broadcasters, social media business owners, reality tv stars, film actresses, entertainment tv hosts, and role models.

Ricardo Soto received his BSBA from Capella University, and MBA in Finance from Aspen University. Mr. Soto is a lifetime member of the Golden Key International Honour Society. He runs MultiTalent Management Incorporated as it's CEO. Rick was appointed into Lexington Who's Who (2001), Empire Who's Who (2004 / 2005), and Cambridge Who's Who (2008).